2017 was a very complicated climatological year: marked by a severe drought, winter stood out for not being especially cold and with very little rainfall. At the end of April we had a spell of sharp frost that affected part of our vineyards. Thanks to the anti-freeze towers, we were able to stop its effects to some extent. The pleasant temperatures in May and June enabled optimal flowering for the vineyard. The summer was very hot with little rainfall. Fortunately, there were several spells of rain in July and the end of August that helped control the vigor and growth of our vineyard in a balanced way. The yields, finally, were low (40% less) as a result of frost but the production was of great quality. The harvest began on September 19 and ended on September 30.

Our Tempranillo, Cabernet Sauvignon and Merlot vines are spread over different slopes of the valley and in the wilderness at over 900 meters. They are planted on tertiary soil. On the surface, loamy limestone emerges, with the presence of clay and sandstone. It is austere soil, which subjects the vines to an effort to self-regulate their yield and give the best of themselves.

The Pago de Carraovejas 2017 grape was harvested by hand after an exhaustive monitoring during its ripening period and after a first selection in the vineyard. It went through a cold chamber and selection table. It was crushed with no previous pressing, in order to preserve its purest and freshest aromas. The must was moved by gravity and fermented with native yeasts from our estate. The wine was left to refine by being kept in French and American oak barrels for around 12 months. The whole process was defined by calmness, meticulousness and the force of gravity. The wine was clarified with natural egg white and bottled in spring 2019. 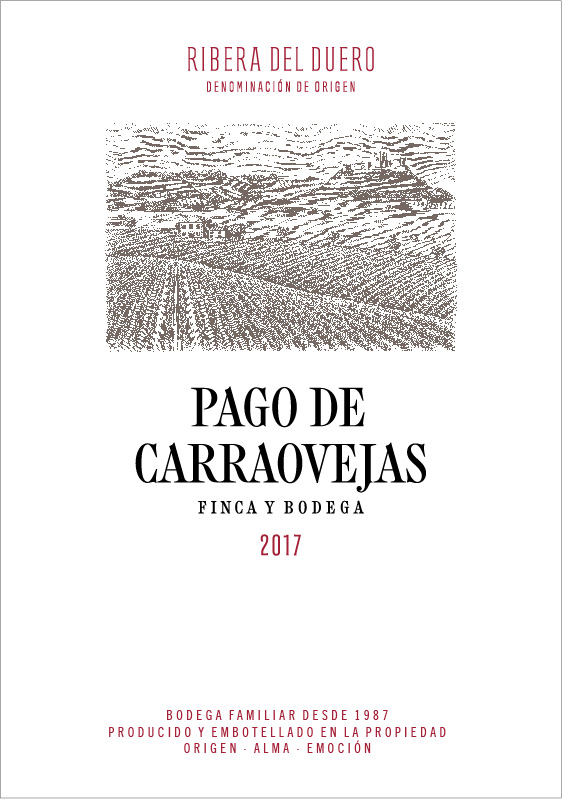 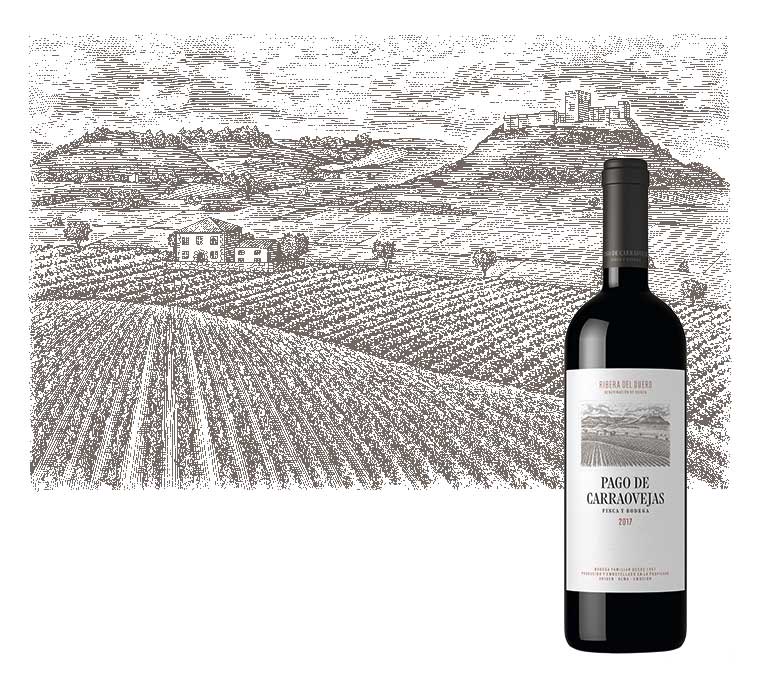 “While the wine will continue its evolution in the bottle and will show other nuances over time, we want to share the main impressions it provokes at this time. A sensation of volume and elegance in its tannins, in addition to floral nuances that accompany the fruit. In a way, it increases our desire to get closer to the terroir and express its characteristics. Our desire to bottle every landscape”.